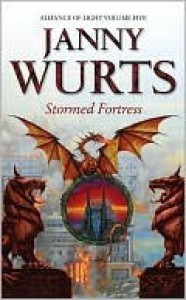 What an Arc finale, a sweeping wrapping up and great balance of murderdom and beauty. Full circle indeed.

In this exceptional, flawless last book of the Alliance of Light Arc the story converges with intense and natural ease, and many plot threads are harmonically tied up against the backdrop of the siege of Alestron. The fortified citadel itself, with its charming atmosphere and dire straits, is a full-fledged protagonist as well as the stage of moral and armed conflicts, heroic deeds, petty revenges, opposed interests, complex strategies and fascinating mysteries permeating the book.

As always, one of the great skills of the author is to paint human feelings in impeccable prose, from tragedy to the highest form of exaltation, from sorrow, dread and ruin, to inspiration, hope and joy, inextricably intertwined with the gorgeous magic and life-force system of the world of Athera. The pace is relentless, the story superbly well-grounded yet unpredictable, one revelation follows the other, the characters are real, very rounded in their strengths and weaknesses, and they change, mature, or stay unmoving in their course, with all the nuances of the human soul which embraces both light and shadow. In this book, the themes of friendship and love are further explored, in their purest forms, free from selfishness, as the concept of loyalty to an ideal, to a cause, to a person, to a place, up to the extreme. All the involved factions pursue their goals with varying degrees of honesty and awareness, and the interests of the great opposing forces on the game-board (and beyond) converge on Alestron to influence its fate, and with it, that of the whole world.

There are many intense and expressive scenes, deliberately designed to immerse the reader in a whirlwind of emotions and thoughts; it is impossible not to feel part of the great cast of characters who, once again, enchants and surprises, particularly the half-brothers whose cursed conflict has seeded insecurity, attracted interests, escalated old enmities and invariably driven mankind to take sides.

I held high expectations for this book and the performance is impeccable. I was in awe of the delivery, with its seamless story and with Janny Wurts’ mastery for managing every scene, every character, down to the last little detail sown in the previous volumes, with consistency and originality. Depth and no sprawl, the accuracy and the boundless, scientific creativity I’ve come to expect from the author of this timeless fantasy series is evident in all the descriptions, the locations, the actions and the witty dialogues. I'm a fan of historical fiction, too, and sieges, with the maelstrom of psychology and physicality they entail, are one of my favorite themes, so I was thrilled to read such compelling and engaging siege description of a most original coastal city, it gives the story another flavor of uniqueness. This book totally enchanted me.

I can’t get enough of Athera. After a little time to recoup from the engulfing finale, I started the next book, Initiate's Trial; many questions have been answered, but the last few chapters of Stormed Fortress open new horizons with natural grace, along with the story continuation, once again raising the stakes, and setting the markers further ahead. Terrific!!