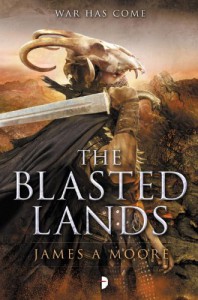 In this sequel (or better, second part of the story since it picks up exactly where The Seven Forges left off), as the story unfolds, we learn a lot more about the intriguing Sa’ba Taalor and their ways (and veils, surprise!), and the reasons behind some of their actions, not all expected. The characters, particularly from Fellein side which I felt was shallow, get finally more interesting and many subplots intertwine with the main events. This book is enjoyable and I liked it better than the first, it's more balanced between dialogues, characters, plot and loose ends. Some mysteries are finally revealed but just enough to whet the appetite for more, as the book focuses on laying the ground for the next installment.